“One very important ingredient in all of Rosemont’s baking is the individual baker’s contribution to our hand crafted products.”     – Scott Anderson, Co-owner at Rosemont Market & Bakery

Walk into our Stevens Ave. Headquarters at any time of the day and you’ll be hit with the sweet aroma of freshly baked breads and pastries. Our fearless baking leaders, Emily and Gabi, instill passion and an artisanal craft that results in our team creating extraordinary sweet and savory baked goods.

Bread is a simple product made from flour, water, salt and some form of leavening. As with everything we do at Rosemont, the ingredients are key. When you buy 2,000 pounds of flour every week, you want to feel good about the product it turns out, and about where it’s coming from. We source our ingredients as close to home as possible, and we look for consistent, high quality product from companies whose values align with our own. Our relationship with Maine’s own Maine Grains is an example of this work. We have been using the Maine Grains 100% Whole Wheat flour in our breads for years (it is the only 100% Whole Wheat we bake with). We are excited to now be expanding into some of their more specialty, heritage flours, such as the Øland Wheat Flour, as we introduce new, locally-inspired breads to compliment our menu of longstanding Rosemont fan-favorites. These grains bring epic flavor and history to our bakery.

Ingredients for making good breads also include a lot of intangibles, like skilled, well-trained bakers with a firm grasp of technique. And when you bake seven days a week, hand portioning and hand shaping over a dozen varieties of traditional breads, things like temperature fluctuations and care taken in transporting the product from the baker’s table to a customer’s kitchen, mean that you are making small adjustments all the time. In small production artisanal baking, everything is organic in nature and the human element is always present.

Whole Wheat Sourdough  The whole wheat sourdough is similarly mild, with a one-day ferment. It incorporates a seven-grain mix as well as Maine-grown-and-milled flour. As with all sourdoughs, the crust should be dark with caramelized flavor while the crumb exhibits irregular and glossy gluten structure. This is probably the heartiest bread we make in the bakery.

Sourdough Boule  Making the sourdough boule is a humble pursuit of the perfect loaf. The method used is the oldest method and, we contend, the best. Long before commercial yeast was available, this was the only way bakers baked. We start the process by propagating the wild yeast on day one. On the second day we mix the dough and allow it to ferment for around six hours, at which point we shape it and retard it. On day three we bake off the finished loaves. This long (nearly 24 hour) fermentation allows for plenty of acetic and lactic acid development, which creates the well-known sour flavor of traditional sourdoughs. Another benefit of this process is the long shelf-life of the bread. The crust should be darkened and slightly reddish by the sugars in the dough. The crumb is moist and filled with air holes from all of the gases released during baking.

Heritage Loaf: Heirloom and local, this bread absolutely packed with local grains. It boasts the following (all from Maine Grains): 100% Whole Wheat Flour, Øland Wheat Flour, Rye Flour, Cornmeal, and Ancient Grains Cereal. The Ancient Grains (a blend of organic spelt, oats, and rye) are cooked as a porridge and folded into the bread dough during the final mix. As described on the Maine Grains website, the Øland Wheat Flour is a “prized heritage grain in Denmark … this flour made from the tiny Øland winter wheat kernels, is sweet and aromatic. Some have described Øland as having the flavor of toasted oats! A preferred variety of NOMA restaurant in Copenhagen, voted the world’s best restaurant, Øland is named after the Swedish island from which Øland originates.”

While the crumb of the Heritage Loaf is so tender, almost cakey, this bread is seriously is substantial! Such density means that it can hold a whole up to a whole lot of yummy toppings.

The Heritage Loaf has incredible longevity and lasts for several days if kept in an air-tight bag or container. To prolong its shelf life even further, keep this bread in the fridge. When cold, the loaf is slightly more firm, making it easier to slice evenly.

Baguette: Our baguette is made in the classic French style, the defining features of which are both the shape and texture. The crust is crisp and dark while the crumb (the inside of a loaf) is creamy and soft. The baguette process is one of the shortest we employ in the bakery, taking about six hours from mixing bowl to cooling rack.

Rosemont Sandwich Bread: Once known as Scala, our sandwich loaf (white & wheat) is one of the original Rosemont Bakery breads. We use honey for a touch of sweetness, and a blend of durum and wheat flours for character. It is light and consistent with a tight crumb so that all your sandwich fillings stay inside. There’s nothing tangy or sophisticated about the flavor profile. It’s a good, sturdy vessel. A classic, sliced bread that we stand behind.

After all these years, Scala is still a fan favorite. In fact, the demand for this product is so high that we’ve partnered with Botto’s bakery to get more onto our markets’ shelves. Botto’s is a Portland, Maine landmark bakery. The folks there have committed to using our tried and true house recipe, and the exact same ingredients our customers have come to know and love, in the production of our sandwich bread.

In our bakery here at Rosemont, we use our own two hands to shape our bread. Over at Botto’s they have big machines that shapes the bread into uniform loaves. This means our sandwich bread will be more consistent than ever, and all sandwich slices will be created equal, a winning collaboration if you ask us.

Most excitingly, outsourcing our Sandwich Bread to a bigger production bakery like Botto’s means two things: 1) There will be even more bread on our shelves, and 2) The talented staff in our Rosemont bakery will have more time to craft a diverse menu of specialty, artisan loaves like our new Heritage Loaf.

In addition to our bakery department, the pastry team at Rosemont proudly produces classic pastry items such as  pound cake and fruit pie. Bread Manager Emily Leighton and Pastry Manager Gabrielle Michaud have developed our recipes through years of research and tireless dedication to crafting the tastiest quiches, quick breads, croissants, cakes and pies in Maine. Our community-loved pastry products can be found only in Rosemont’s markets.

Emily Leighton is a native of Portland, Maine who discovered a love for bread at a young age. She graduated from the University of Vermont with a degree in Environmental Studies and soon after moved to Valparaiso, Chile to work for a non-profit organization. Emily spent 7 years living in Chile and during this time started to develop an interest in bread and fermentation. She experimented with sourdough and different grains and began selling to friends and community members as well as started hosting sourdough bread making workshops in her community. Emily is interested in the role that bread plays in our food systems and society related to food justice, equity, and quality–starting with the grains to the final product. She is passionate about how bread can connect our community and be accessible to everyone. Emily started working at Rosemont Bakery in August of 2020 and has been celebrating the beauty of bread every day since! 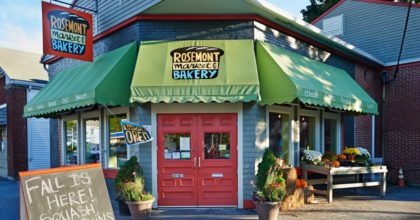 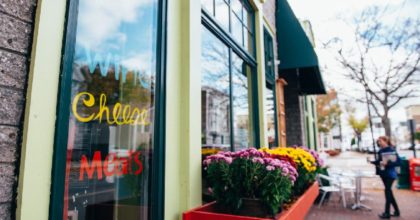 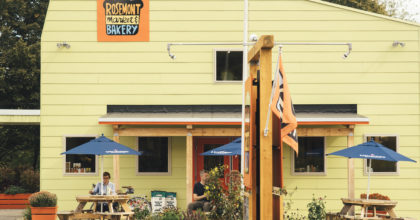 Rosemont Falmouth
231 US Route 1 Falmouth, ME 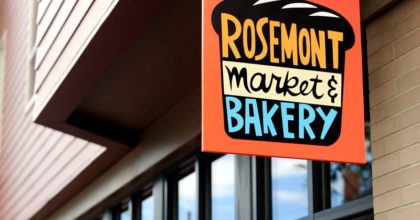 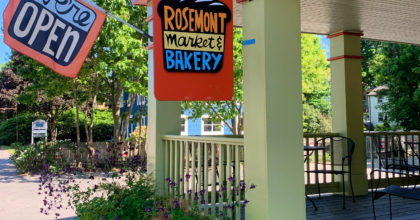 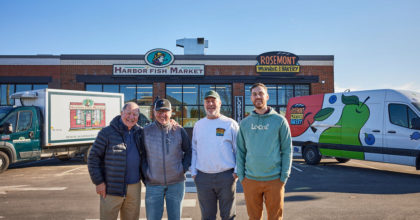